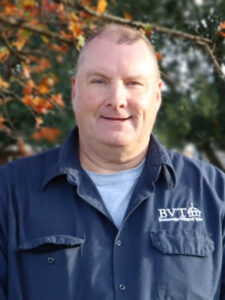 Michael is originally from Temple, Texas, but moved to Tyler, Texas in 2004 to be near his family. He has worked in a variety of fields and occupations over the years, but primarily has a background in manufacturing. He worked part-time at BVT in 2018, and was hired on to the maintenance team shortly after. He now lives in Athens, Texas with his brother and his dog-niece, Daisy; a chocolate lab that he loves as his own.

There are no upcoming events at this time.